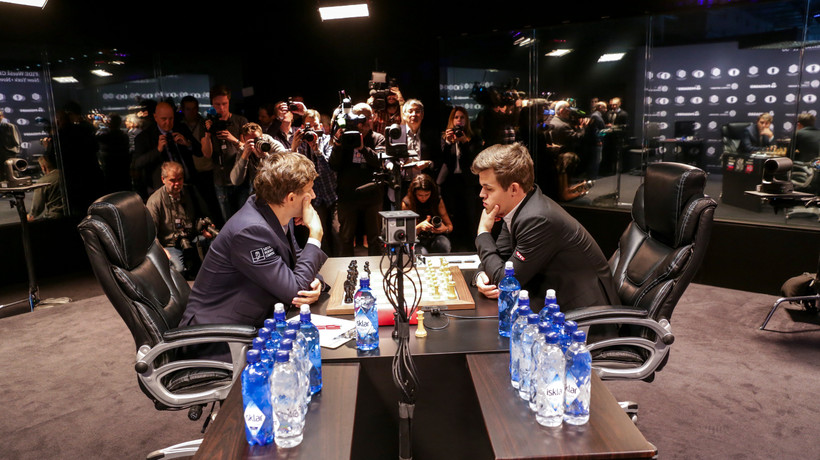 Game five was another draw. After 5 games the match is now tied with 2.5-2.5. All games in the match have been drawn, so far. In an Italian game, Karjakin with black equalized without problems. When the position looked promising for Carlsen with white pieces, Karjakin found a great idea to move his king all the way from king side to the safe queen side and started an attack against white king. Karjakin was not playing all the precise moves, and he missed his opportunity. The game ended in a draw after 51 moves. In the next two games, Karjakin will have the advantage of starting with white pieces. Game 6 is scheduled for November, 18 at 2 pm EST.