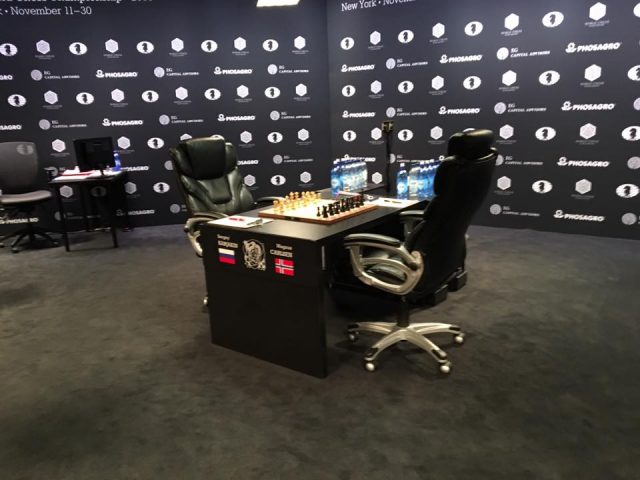 After 4 games in the world chess championship match in New York between world chess champion Carlsen from Norway and his challenger Karjakin from Russia the result is 2:2. All 4 games until now was drawn. Can Magnus with white pieces in the fifth game get a full point ? Watch game 5 live from the official site: