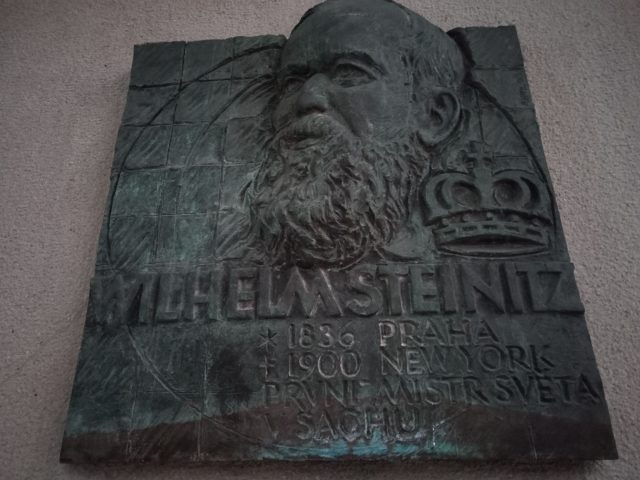 Wilhelm Steinitz was born May 14, 1836, in Prague, Bohemia, Austrian Empire, now in the Czech Republic. He died August 12, 1900, Wards Island, New York, U.S. Austrian-American chess master who is considered to have been the world champion longer than any other player, winning the championship in 1866 from Adolf Anderssen, although the first official claim to hold the title was not made until 1886, and losing it in 1894 to Emanuel Lasker.

Steinitz learned to play chess from a schoolmate when he was about 12 years old. In 1858 he entered the Polytechnic Institute in Vienna, but he soon dropped out of school and occupied himself with chess full-time. In 1862 he represented Austria in his first national tournament. Later that year he moved to England, and in 1883 he moved to the United States, where he was finally defeated by Lasker.

A superb defensive player, particularly in his later years, he sought to systematize chess and devoted much time and effort to arguing his theories. Following his defeat by Lasker, Steinitz suffered a nervous breakdown and was hospitalized in Moscow. He recovered for a time but fell ill again and died a pauper.