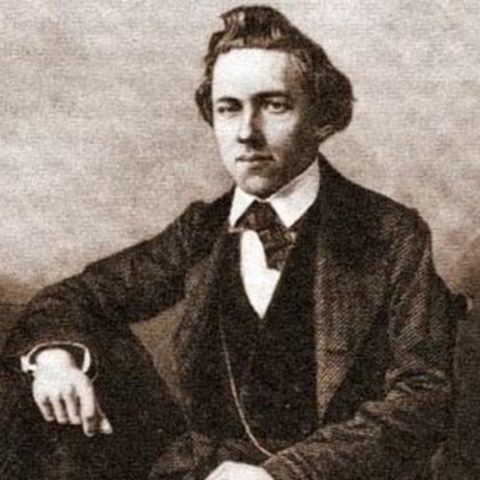 Paul Charles Morphy (June 22, 1837 – July 10, 1884) was an American chess player. He is considered to have been the greatest chess master of his era and an unofficial World Chess Champion. He was a chess prodigy. He was called “The Pride and Sorrow of Chess” because he had a brief and brilliant chess career, but retired from the game while still young. Bobby Fischer included him in his list of the ten greatest players of all time, and described him as “perhaps the most accurate player who ever lived.” 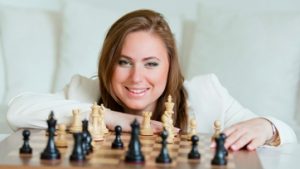 Judit Polgár (born 23 July 1976) is a Hungarian chess grandmaster. She is generally considered the strongest female chess player of all time. In 1991, Polgár achieved the title of Grandmaster at the age of 15 years and 4 months, at the time the youngest to have done so, breaking the record previously held by former World Champion Bobby Fischer. She was the youngest ever player to break into the FIDE Top 100 players rating list, ranking No. 55 in the January 1989 rating list, at the age of 12. She is the only woman to qualify for a World Championship tournament, having done so in 2005. She is the first, and to date, the only woman to have surpassed the 2700 Elo rating barrier, reaching a career peak rating of 2735 and peak world ranking of No. 8, both achieved in 2005. She was the number 1 rated woman in the world from January 1989 up until the March 2015 rating list, when she was overtaken by Chinese player Hou Yifan; she was the No. 1 again in the August 2015 women’s rating list, in her last appearance in the FIDE World Rankings. 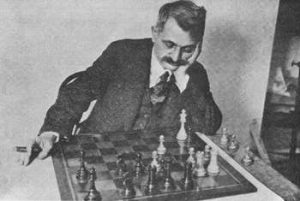 Emanuel Lasker (December 24, 1868 – January 11, 1941) was a German chess player, mathematician, and philosopher who was World Chess Champion for 27 years (from 1894 to 1921). In his prime, Lasker was one of the most dominant champions, and he is still generally regarded as one of the strongest players ever. 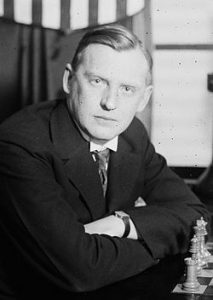 Alexander Aleksandrovich Alekhine ( October 31,  1892 – March 24, 1946) was a Russian and French chess player and the fourth World Chess Champion. He is widely considered one of the greatest chess players ever. By the age of 22, Alekhine was already among the strongest chess players in the world. During the 1920s, he won most of the tournaments in which he played. In 1921, Alekhine left Soviet Russia and emigrated to France, which he represented after 1925. In 1927, he became the fourth World Chess Champion by defeating José Raúl Capablanca. 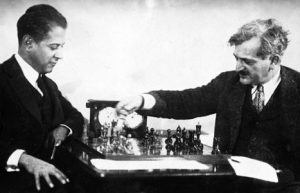 José Raúl Capablanca y Graupera (19 November 1888 – 8 March 1942) was a Cuban chess player who was world chess champion from 1921 to 1927. A chess prodigy, he is considered by many as one of the greatest players of all time, widely renowned for his exceptional endgame skill and speed of play. 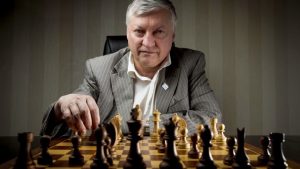 Anatoly Yevgenyevich Karpov born May 23, 1951 is a Russian chess grandmaster and former World Champion. He was the official world champion from 1975 to 1985 when he was defeated by Garry Kasparov. He played three matches against Kasparov for the title from 1986 to 1990, before becoming FIDE World Champion once again after Kasparov broke away from FIDE in 1993. He held the title until 1999, when he resigned his title in protest against FIDE’s new world championship rules. For his decades-long standing among the world’s elite, Karpov is considered by many to be one of the greatest players of all time. His tournament successes include over 160 first-place finishes. He had a peak Elo rating of 2780, and his 90 total months at world number one is the second longest of all-time, behind only Garry Kasparov, since the inception of the FIDE ranking list in 1970. 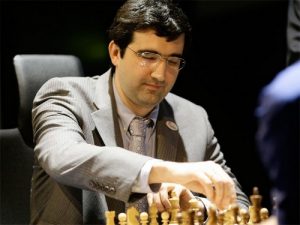 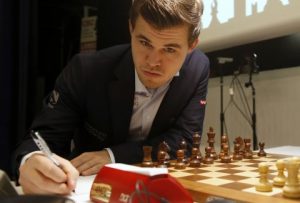 Sven Magnus Øen Carlsen born 30 November 1990 is a Norwegian chess Grandmaster and the current World Chess Champion. Carlsen was a chess prodigy. He became a Grandmaster in 2004, at the age of 13 years, 148 days. This made him the third youngest grandmaster in history. In November 2013 Carlsen became World Champion by defeating Viswanathan Anand in the World Chess Championship 2013. On the May 2014 FIDE rating list, Carlsen reached his peak rating of 2882, which is the highest in history. He successfully defended his title in November 2014, once again defeating Anand. 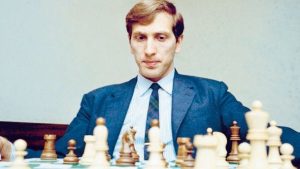 Robert James “Bobby” Fischer (March 9, 1943 – January 17, 2008) was an American chess grandmaster and the eleventh World Chess Champion. Many consider him to be the greatest chess player of all time. In 1972, he captured the World Chess Championship from Boris Spassky of the USSR in a match held in Reykjavík, Iceland, publicized as a Cold War confrontation, which attracted more worldwide interest than any chess championship before or since. In 1975, Fischer refused to defend his title when an agreement could not be reached with FIDE, the game’s international governing body, over one of the conditions for the match. This allowed Soviet GM Anatoly Karpov, who had won the qualifying Candidates’ cycle, to become the new world champion by default under FIDE rules. 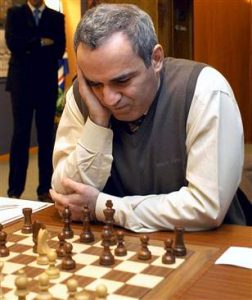 Garry Kimovich Kasparov born 13 April 1963 is a Russian chess Grandmaster, former World Chess Champion, writer, and political activist, whom many consider being the greatest chess player of all time. From 1986 until his retirement in 2005, Kasparov was ranked world No. 1 for 225 out of 228 months. His peak rating of 2851, achieved in 1999, was the highest recorded until being surpassed by Magnus Carlsen in 2013. Kasparov also holds records for consecutive professional tournament victories (15) and Chess Oscars (11). Kasparov became the youngest ever undisputed World Chess Champion in 1985 at age 22 by defeating then-champion Anatoly Karpov. He held the official FIDE world title until 1993, when a dispute with FIDE led him to set up a rival organization, the Professional Chess Association. In 1997 he became the first world champion to lose a match to a computer under standard time controls, when he lost to the IBM supercomputer Deep Blue in a highly publicized match. He continued to hold the “Classical” World Chess Championship until his defeat by Vladimir Kramnik in 2000. In spite of losing the world championship, he continued winning tournaments and maintained a number-one world ranking until his retirement from professional chess.