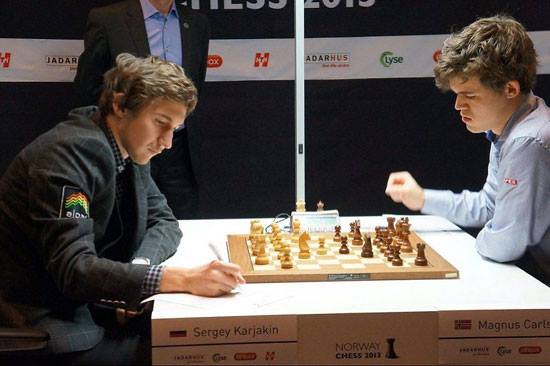 After one and half hours, the sixth game ended in a draw. Carlsen played a gambit with d5 in Anti-Marshall. The game soon headed towards an opposite colored bishop endgame which was drawn in an entirely corresponding position after 32 moves. The match is now leveled with 3:3 and all 6 games have been drawn. Next game will be played on Sunday. Karjakin will start the first move with white pieces again.