Puzzle 8-Black to move and win! 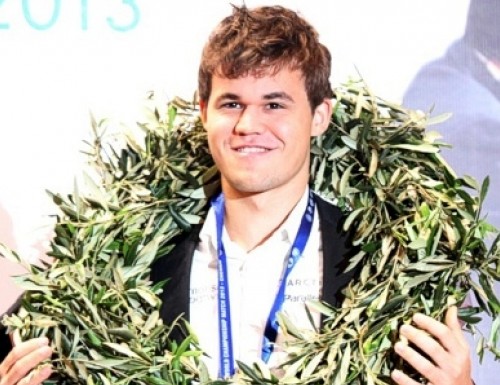 Magnus Carlsen won the World Championship match against Sergey Karjakin with a final result of 9-7 after 12 regular and 4 rapid games in the tie-break. After three tie-break games, he led with 2-1 and Karjakin had to win the fourth tie-break game with Black. He desperately tried to create some chances for a win, but this allowed Carlsen to mate Black and finish the game and the match with a heroic queen sacrifice. Magnus Carlsen will go home with the winning prize from the $1.1 million prize fund.