The Candidates Tournament ‘worth half a million euros’ kicked off today in Yekaterinburg with first-round games being played. In 14 rounds, each will play with everyone, both white and black, to determine who will come out in a match with Magnus Carlsen for the World Title Match.

According to the propositions, players from the same federation meet at the beginning of each cycle, so Liren Ding and Wang Yao were opponents in the first round, while due to the participation of three Russian chess players, their duels will be played in the first three rounds and then in the 8.9 and 10 circuit, but with figures in the opposite color.

The highlight of the start was the defeat of two players with white pieces, with undoubtedly the biggest surprise being the defeat of Liren Ding, who was considered one of the most serious contenders for the triumph alongside Fabiano Caruana. At a press conference after the party, Wang Yao pointed out that they had not played with Ding for perhaps 8 or 9 years, indicating that neither of them knew what to expect. They both entered the middlegame with no Queens and seven pawns, after which Liren Ding showed weakness in playing the 30th move. According to analysts, the critical oversight loss was in the 40th move. Thus, computer-rated accuracy of 94% of Wang Zhao (versus 81% of Liren Ding) indicates the stable play of the winner.

The second game where the player with the dark pieces won, was that of Anish Giri with Ian Nepomniatchi, who was classified as “English Opening” but in a so-called “symmetrical” variation (A33), as opposed to the Chinese playing the “modern version” of the traditional opening (A22). According to Russian reporters, Giri has played the first 18 moves leaving an impression of proper preparedness but begins to make mistakes after exchanging pieces, with the 30th move giving his most influential piece, the Queen, in exchange for the rook and a bishop. By the end, Giri had a few more infamous decisions, making him the weakest of all players with 71% computer precision in the first round (Nepomniatchi 92%). The games Maxim Vashie-Lagrave against Fabiano Caruana, as well as Grischuk-Aleksenko, ended up splitting the point.

Although unpleasantly surprised, Liren Ding and Anish Giri are now shadow favorites, as winners Karyakin (in 2016) and Caruana (in 2018) have lost on their way to triumph in the previous two tournaments. In the second round, will play best-ranked Caruana and the least-ranked Alekseenko, which is perceived as a game in which the American must go for victory in hopes of success, with white figures.

The broadcasts of these matches, which are played at 4 pm local time, start at noon in Central Europe and are broadcasted in three languages ​​via the official FIDE channels Russian, English, and Chinese. According to preliminary information, the tournament’s opening round has sparked interest from over one million people who watched the live games. 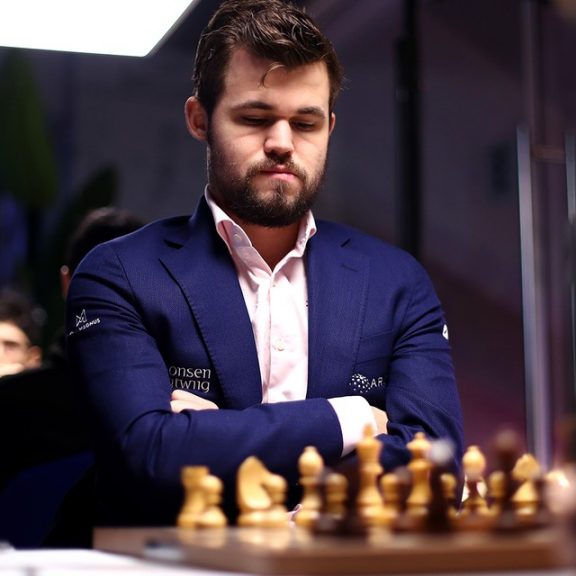