Distraction – Black to move and win 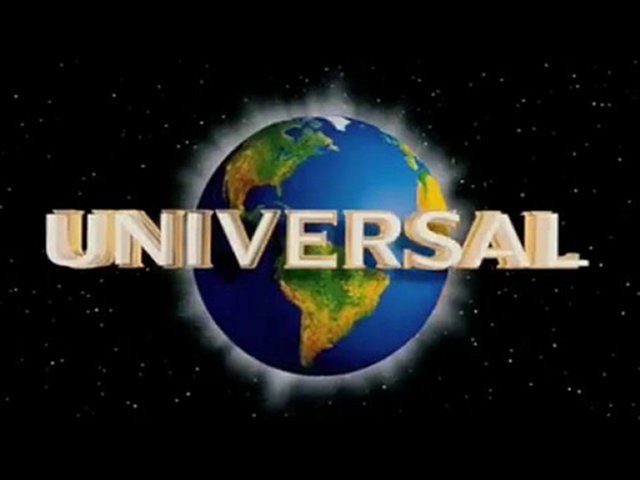 A businessman decides that he wants to teach school in the inner city and chooses a tough school in the South Bronx. He teaches the children how to play the game of chess, and along the way, they learn a lot about life.

On Corsica, Hélène ride her bike to a seaside inn where she’s a chambermaid; on her afternoons off, she takes the bus to the next town to clean houses. One morning she watches a couple play chess on the veranda while she cleans their room, fascinated by them and curious if it’s chess that brings such intimacy. She buys her husband a set for his birthday; he’s indifferent, so she tries to teach herself, at night, while he sleeps. She asks one of her clients, Dr. Kröger, if he’ll teach her; he grudgingly agrees then finds she has aptitude. To her family, she’s strayed beyond her class. After setbacks, will she accept that world view? And the intimacy, does she find that? 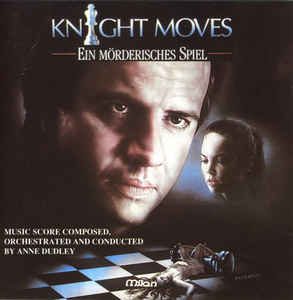 A chess Grandmaster is in a big tournament, and when his lover is found painted up and the blood drained out of her body he becomes a chief suspect. After he gets a call from the killer urging him to try and figure out the game, he cooperates with police and a psychologist to try and catch the killer, but doubts linger about the grandmaster’s innocence as the string of grisly murders continues.

Two masters of chess duel each other not only in their game but also in their different ideologies. The veteran Akiva is a Soviet Jew and ferocious Communist, master of his game but also dealing with a declining health while the young and restless genius Pavius has defected to the West to escape from the Communism tentacles. Their differences will be put to test while they’re both competing in the World Chess Championship, with a huge prize at stake just as much as the political ideologies behind those characters.

A brilliant but troubled New Zealand chess champion finds purpose by teaching underprivileged children about the rules of chess and life. 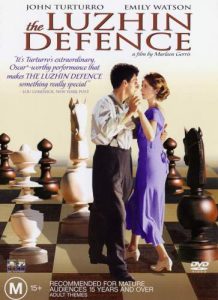 Two worlds collide when an eccentric genius falls in love with a strong-willed society beauty.

Michael, nicknamed Fresh (portrayed by Sean Nelson), is a 12-year-old kid running drugs for gangsters, notably Esteban (Giancarlo Esposito). Inspired by the chess lessons of his father, an alcoholic speed-chess master (Samuel L. Jackson), Fresh creates and executes a brilliant plan to extricate himself and his drug-addicted sister (N’Bushe Wright) from their hopeless lives.

The film tells the true story of Eugene Brown (Cuba Gooding, Jr.), an ex-convict who starts the Big Chair Chess Club for inner-city youths in Washington, D.C. Eugene is in prison where “Chess Man” gambles cigarettes with him over chess games. When Eugene is ready to be released, he confides that he is concerned about not having many friends on the outside anymore. He receives a wooden king chess piece from Chess Man and is told: “Take care of the King, everything else follows”…

Set during the Cold War, American chess prodigy Bobby Fischer finds himself caught between two superpowers and his own struggles as he challenges the Soviet Empire. 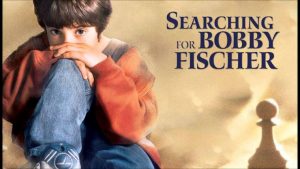 Searching for Bobby Fischer, released in the United Kingdom as Innocent Moves, is a 1993 American drama film written and directed by Steven Zaillian. The film was Zaillian’s directorial debut, and stars Max Pomeranc, Joe Mantegna, Joan Allen, Ben Kingsley and Laurence Fishburne. It is based on the life of prodigy chess player Josh Waitzkin, played by Pomeranc, and adapted from the book of the same name by Joshua’s father Fred.

Josh Waitzkin’s family discovers that he possesses a gift for chess and they seek to nurture it. They hire a strict instructor, Bruce Pandolfini (played by Ben Kingsley) who aims to teach the boy to be as aggressive as chess legend Bobby Fischer. The title of the film is a metaphor about the character’s quest to adopt the ideal of Fischer and his determination to win at any price. Josh is also heavily influenced by Vinnie, a speed chess hustler (Laurence Fishburne) whom he meets in Washington Square Park. The two coaches differ greatly in their approaches to chess, and Pandolfini is upset that Josh continues to adopt the methods of Vinnie. The main conflict in the film arises when Josh refuses to accept Pandolfini’s misanthropic frame of reference. Josh then goes on to win on his own terms.